Festival will close with The MisEducation of Bindu, starring Priyanka Bose and David Arquette 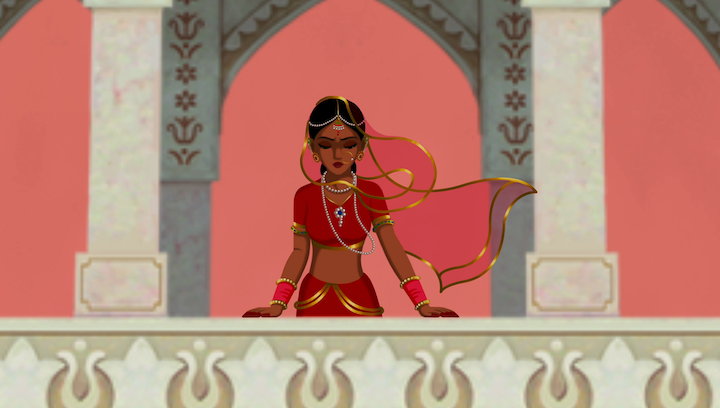 The festival will open with An Evening with Imtiaz Ali, one of Hindi cinema’s most respected and charismatic writer-directors. Imtiaz Ali will be joined onstage by celebrated Indian filmmaker, Anurag Kashyap to discuss the scope and influence of Imtiaz Ali’s career. Imtiaz Ali has captivated global audiences with his distinctive love stories that are relatable and original.  In 2005 he made his directorial debut with the charming Socha Na Tha, quickly followed by Jab We Met, which brought him instant acclaim. His 2009 film Love Aaj Kal was a massive critical success and box office smash, which he followed up with the stylistically rich Rockstar in 2011.

Imtiaz Ali’s conversation with Anurag Kashyap will be followed by the screening of one of his most lauded films, 2014’s Highway, an enthralling road movie that thrust into the limelight Alia Bhatt (Dear Zindagi) one of the most formidable actors working in Hindi cinema today. 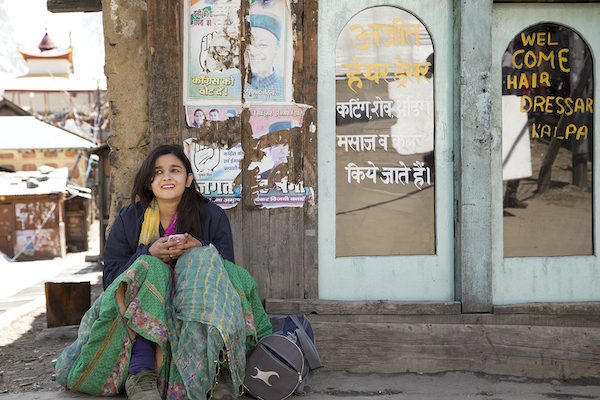 “We are thrilled to open this year’s festival with an insightful and unfiltered conversation with Imtiaz Ali, moderated by longtime friend of IFFLA Anurag Kashyap,” said Christina Marouda, IFFLA’s Executive Director. “Imtiaz’s intuitive work with actors and independent spirit are a natural fit for IFFLA.”

IFFLA’s Closing Night on April 5th will see the Los Angeles premiere of The MisEducation of Bindu, a delightful coming-of-age tale set in the American suburbs about a bright young Indian girl who resolves to test out of her high school, but must turn to the students who constantly torment her to raise the money for the test fee. Directed by Prarthana Mohan (Turn Around) and starring Megan Suri (How To Get Away With Murder), Priyanka Bose (Lion), and David Arquette (Scream 3), the film was produced by Mark Duplass (Safety Not Guaranteed) and Jay Duplass (Transparent) after it won their campaign in partnership with crowdfunding platform Seed&Spark to find America’s Next Generation of Indie Filmmakers. The cast and Mark Duplass are expected to attend. 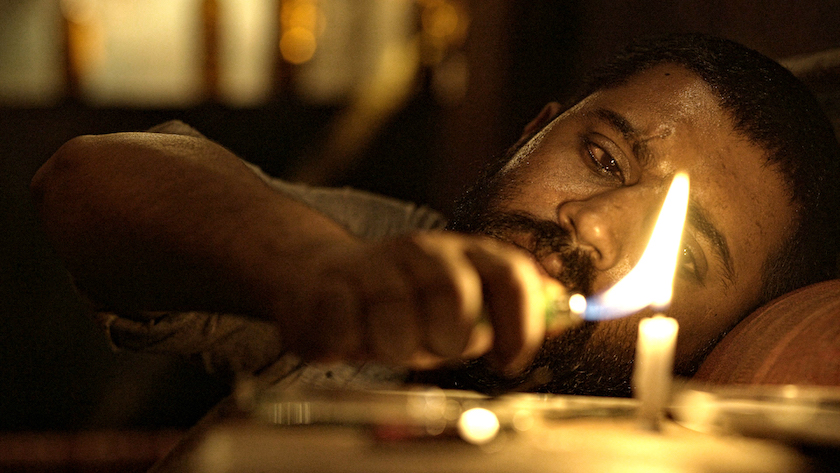 The lineup includes narrative and documentary features, and shorts for the festival’s 18th edition, which boasts 5 World, 1 North American, 4 U.S. and 10 Los Angeles premieres, spanning 12 languages, with 50% of all films premiering directed by women. 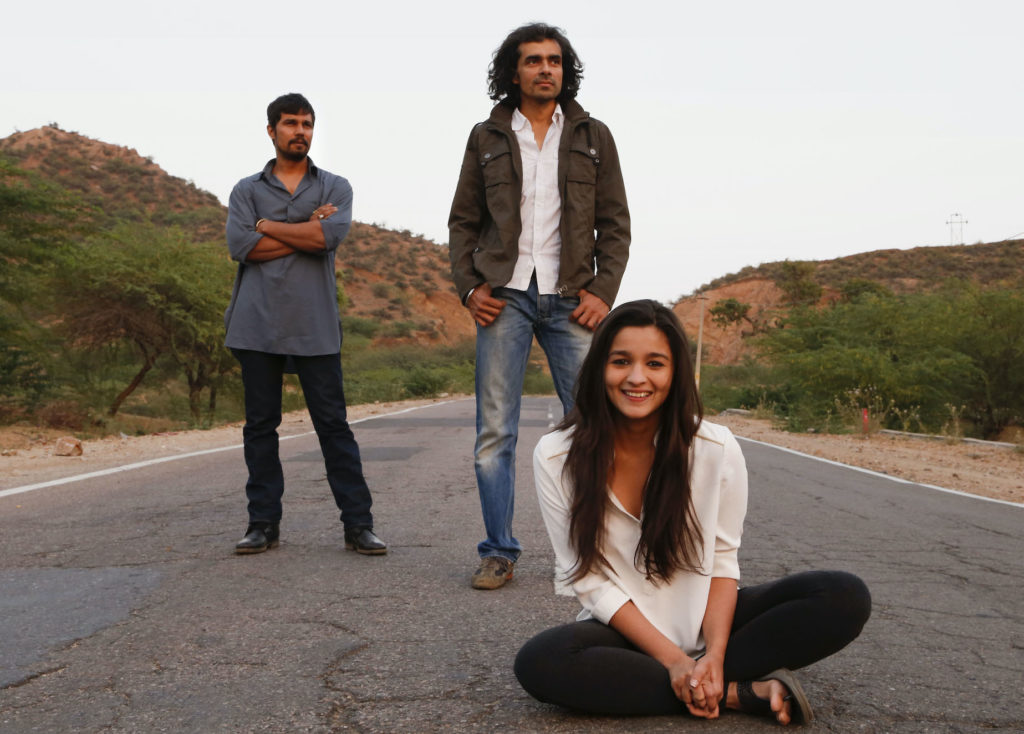 “This year’s lineup exemplifies the boundless creativity on display in the Indian independent film community and its diaspora” said Mike Dougherty, IFFLA’s Director of Programming. “Visitors to IFFLA this year have their choice of animation, sci-fi/fantasy, romance, documentary, comedy, thriller and more, in films that in typical IFFLA fashion deal with hard-hitting political themes, and that challenge as well as entertain. I couldn’t be more proud of the films we’re presenting.”

An exciting highlight of this year’s IFFLA will be back-to-back Master Classes with two of India’s top filmmakers Imtiaz Ali and Anurag Kashyap. Imtiaz Ali will discuss how he works with actors to create the vast world his characters inhabit within his films. Anurag Kashyap will discuss the arc of his career aided by various clips of his work to demonstrate how directing skills can develop over time, and lessons he’s learned on set over the course of his impressive filmography.. These exciting programs will run on Saturday, April 4 and are open to all audiences and passholders.

The renowned premiere global showcase for groundbreaking Indian cinema, IFFLA will take place this year April 1-5 at Regal L.A. LIVE: A Barco Innovation Center in Los Angeles. The Opening Night Gala presentation will take place at ArcLight Hollywood, with an after-party to follow hosted by Spice Affair in Beverly Hills. Passes and Gala tickets go on sale today, February 19. Individual tickets will go on sale on February 25 at www.indianfilmfestival.org.

Now in its 18th year, the Indian Film Festival of Los Angeles (IFFLA) is a nonprofit organization devoted to a greater appreciation of Indian cinema and culture by showcasing films and promoting the diverse perspectives of the Indian diaspora.

The five-day festival is the premiere platform for the latest in cutting-edge global Indian cinema and bridges the gap between the two largest entertainment industries in the world – Hollywood and India.

An Evening with Imtiaz Ali, followed by a screening of Highway

Join us for a special evening as we celebrate Imtiaz Ali, one of Hindi cinema’s most respected and charismatic writer-directors. The program will feature an on-stage conversation between Ali and Anurag Kashyap, acclaimed IFFLA alum and a veteran of Indian independent cinema, leading into a screening of Ali’s enthralling 2014 romantic road thriller, Highway. The red carpet event will take place at ArcLight Hollywood, followed by a dinner reception and after party hosted by Spice Affair.

Ever since his disarming debut in 2005’s Socha Na Tha, Imtiaz Ali has been felicitated for his distinctive viewpoint on love and romance, vulnerable male characters, and layered female characters. If in his 2007 commercial hit Jab We Met, Ali delighted audiences with the chemistry between a plucky Kareena Kapoor and a reticent Shahid Kapoor, in his 2011 Rockstar, he sculpted a monument of Ranbir Kapoor’s formidable acting talent while setting to story one of the memorable soundtracks of the decade.

What makes Ali so popular with both cinephiles and everyday moviegoers is his enviable ability to marry utterly relatable characters with their unusually developed conflicts. Highway is a stellar example of all of Imtiaz’s virtues as a storyteller.

The film that overnight made Alia Bhatt one of the most formidable actors of her generation, Highway is the tale of the spoilt daughter of a powerful Delhi industrialist who on the eve of her wedding is abducted by a hard-hearted truck driver (an exceptional Randeep Hooda). Their escape from the authorities leads them through some starkly beautiful landscapes of Kashmir, Rajasthan and Punjab, as well as towards the confrontation of a deep common pain in their pasts. As an audience we become wayfarers along their endearing journey that spins the wheels of the rich girl–poor boy trope. Expertly reining in melodrama with an authentic sense of place, Imtiaz Ali guides his characters towards realizations about freedom and bondage, and most impactful of all, how their feelings for each other might not simply be a matter of circumstance. Highway is ultimately an empowering film about the courageous choices women make in a world dictated by men.

The MisEducation of Bindu

Her homeschooling days behind her, Bindu is an Indian teen fed up with high school and determined to test out early. When a small fee is all that stands in the way of her freedom, she’ll have to confront her bullies and pool her resources before the day is up.

Forbidden by society from consummating their desires, a PhD student and a married pediatrician sublimate their feelings for one another into a sensual obsession with exotic meats that drives them to break the ultimate taboo.

Prahastha, a demon who works in solitude aboard a spaceship transitioning the recently deceased into their next life, has his predictable routine thrown into chaos when a popular new demon is assigned to work alongside him.

Children of the Sun (Gaadi)

In early 1800s Ceylon during the advent of British colonialism, a forbidden love story unfolds when a Buddhist noblewoman is exiled to marry a man from the outcast community after the noblemen’s covert deal to oust the island’s Tamil king goes awry.

Dolly Kitty And Those Twinkling Stars

Two cousins—one a dreamer in a call center for a romance app, the other a government employee faking romance IRL—find themselves desperately entangled in the trappings of love and desire in the materialistic enclaves of Noida.

The sisters’ search for genuine intimacy initially drives them apart, even as the men in their lives prove gutless romeos. Anchored by committed performances by Konkana Sen Sharma and Bhumi Pednekar, IFFLA alum Alankrita Shrivastava’s (Lipstick Under My Burkha) surprisingly tender melodrama cruises the bombastic urban cultures of northern India where souls desperate for connection abandon themselves behind shocking pink facades, unable to extract the boys from the toys or the caresses from the carnival rides.

Hired as a “monkey repeller” to scare away primates from Delhi’s government buildings, Anjani unexpectedly connects with his animal aggression as he struggles against his exploitative boss and the pressures of social conformity.

After her husband of 52 years dies, Mrs. Sharma defies the expectations of her family and refuses to move in with them, choosing instead to forge her own path and strike up new friendships that make her the talk of her small town.

Moothon (The Elder One)

14-year-old Mulla leaves home behind to find his long-lost brother in the dangerous streets of Mumbai, falling under the sway of a local crime boss with secrets of his own.

Because We Are Girls

The dark underbelly of a Punjabi Canadian family in Williams Lake, British Columbia lies exposed when three sisters break more than two decades of silence by taking legal action against their sexually abusive cousin and confronting the members of their immediate family who enabled him.

Four marginalized, deeply compassionate individuals battle with personal pain, poverty and social discrimination to do the thing they love above all: take care of the pariah stray dogs that roam the streets of Kolkata.

When adversity strikes, the future may depend on Bittu, a defiant young girl with a brilliantly foul tongue.

As they wait for the barista to call out their coffee drinks, three Indian colleagues fantasize about their alternate personas that inspired their fake Americanized names.

When carelessness results in tragedy, a group of friends celebrating New Year’s Eve in Mumbai turn on each other.

In a remote Himalayan village, a young orphan boy’s imagination is fueled by his eccentric grandmother’s fantastical tales.

A resourceful teenager living in a refugee camp where basic personal hygiene has become a luxury is on a mission to survive the onset of her menstrual period.

A devoted henchman’s loyalty to Sir, the feared leader of the Parisian Tamil mafia, is shaken when he takes a young immigrant woman under his wing.

A novice gynecologist at a government hospital in Delhi gets a lesson in callous indifference and bureaucracy when a victim of sexual assault arrives for care at his clinic.

Two worlds collide when Maya’s oldest friend shows up at her baby shower, single and child-free.

The Song We Sang

Roaming the streets of Ahmedabad on a festive Navaratri night, two young women may have the chance to fall for each other.

A middle aged man makes a pilgrimage to his favorite barber shop every Sunday, rain or shine. And it’s not just for a shave.

A father and son’s daily morning commute is the perfect time for some good bickering and their chance for connection. 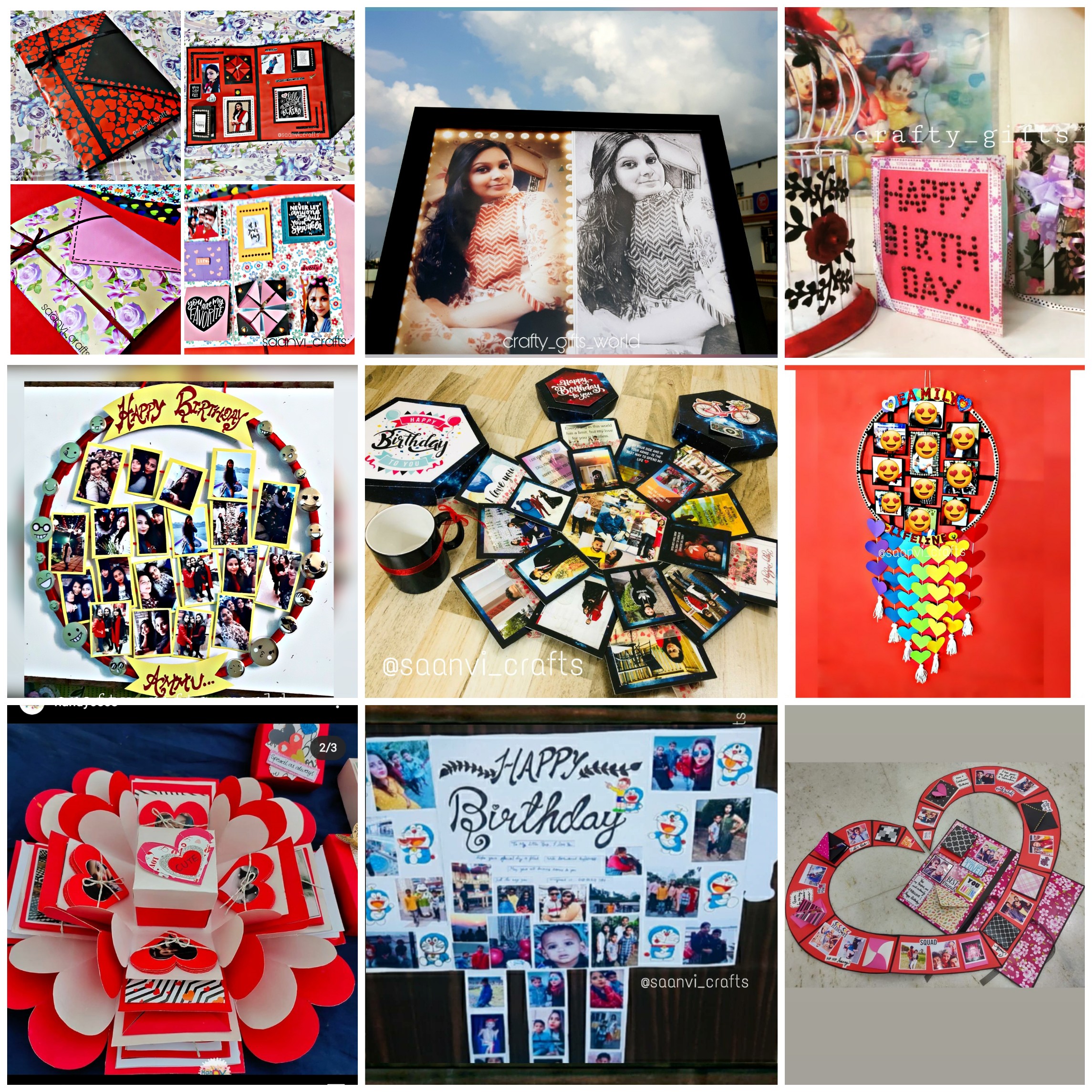 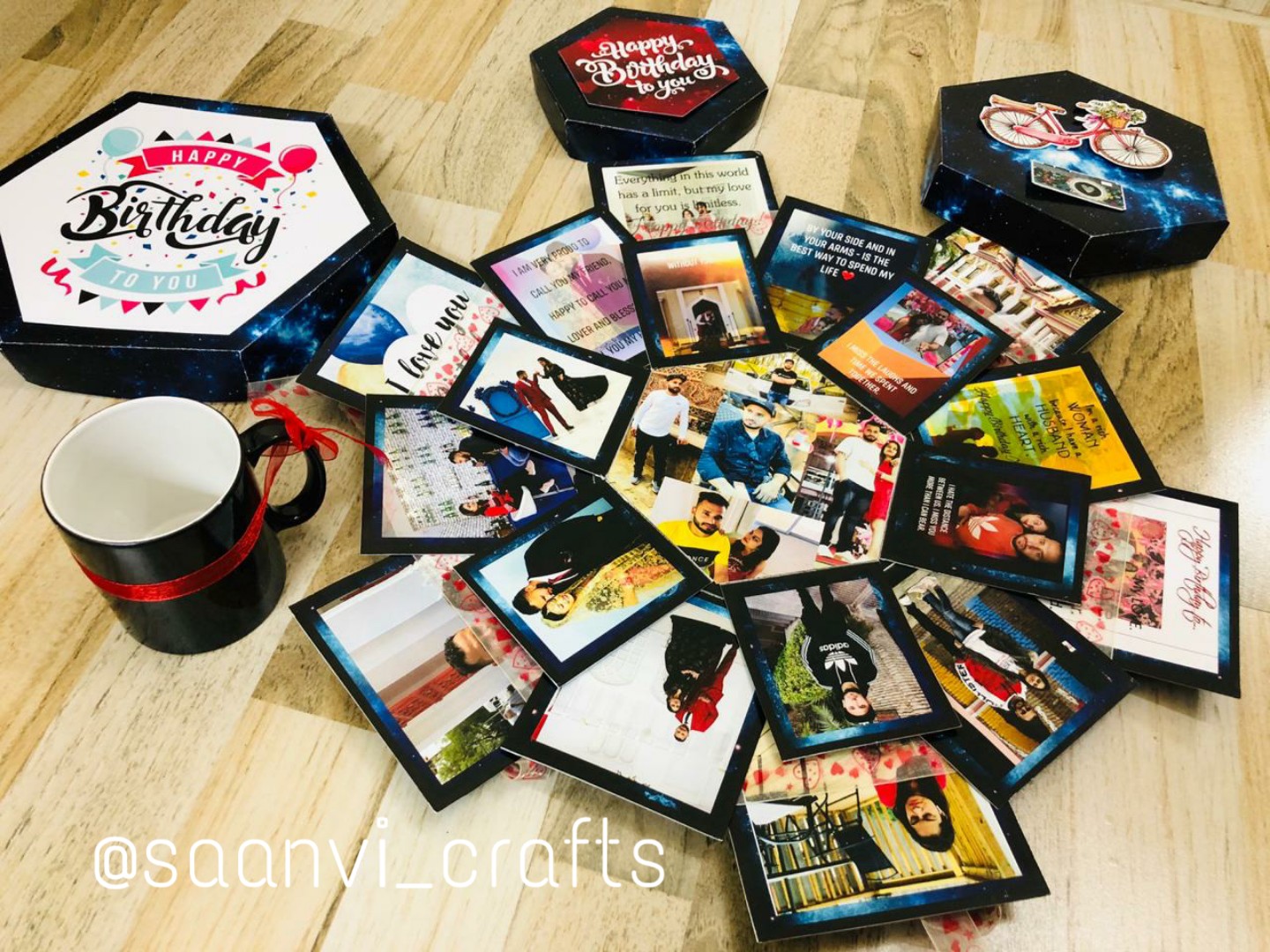 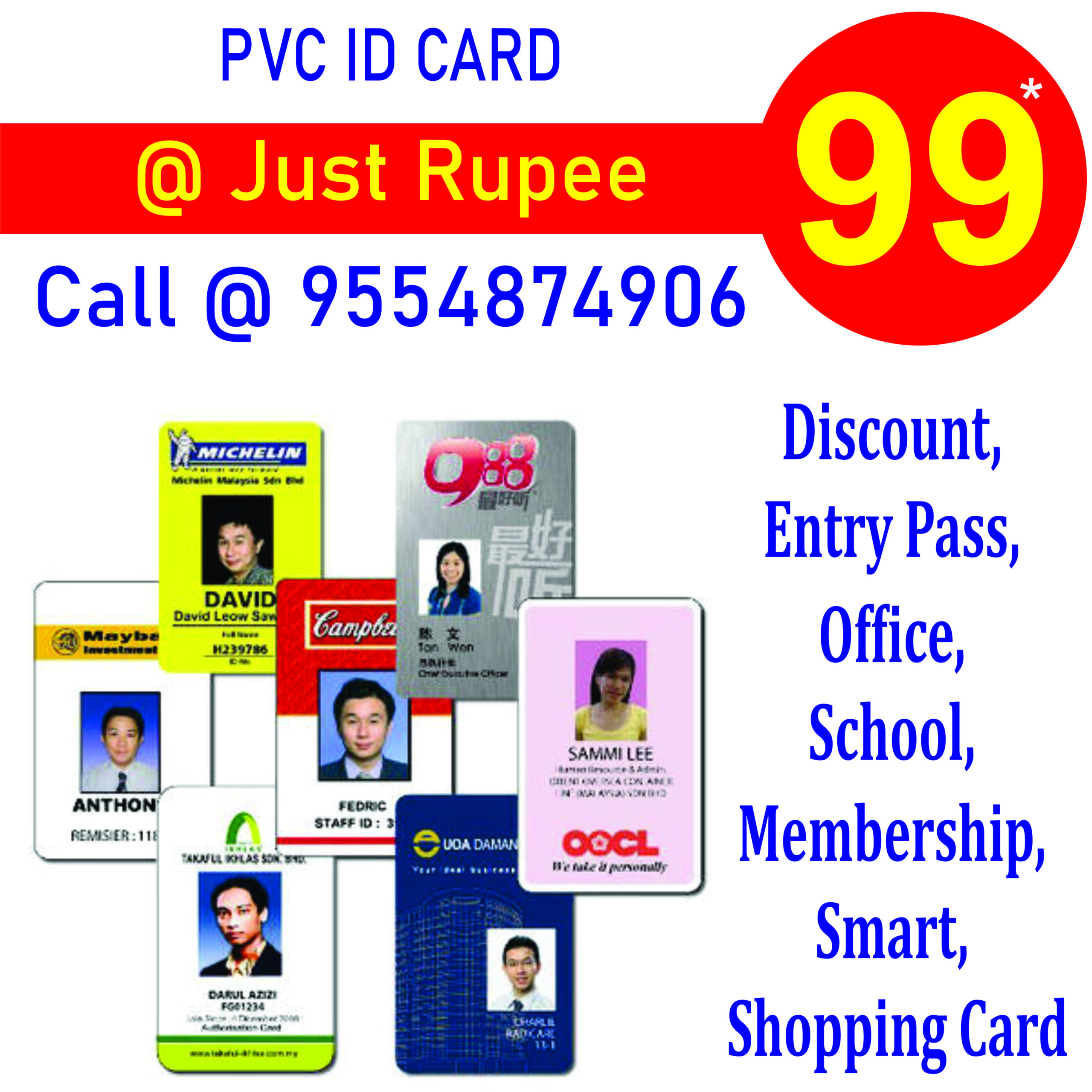 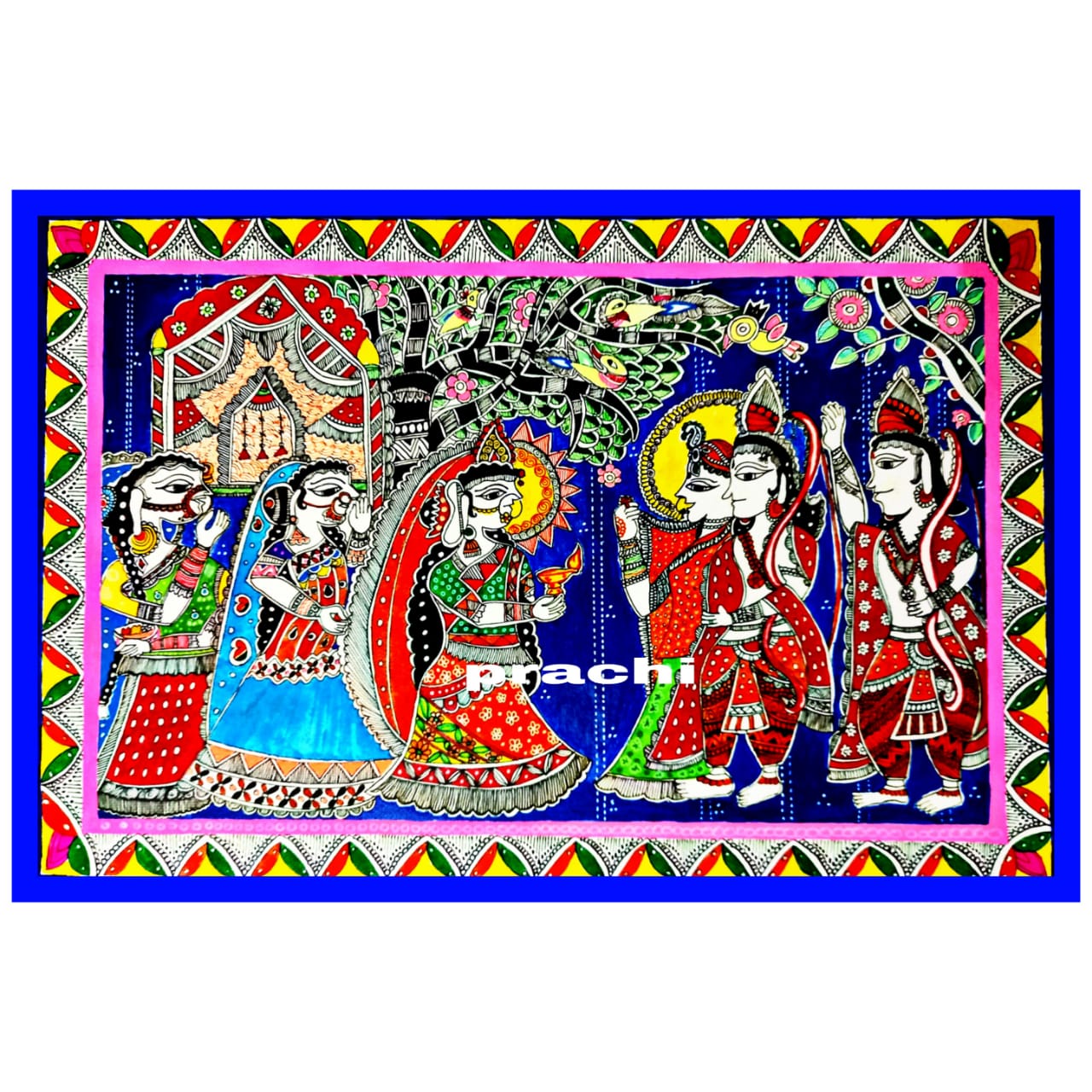